What does the well-dressed samurai wear? Outfits & Equipment Part 2 (Narcotics)

And here's the rest of the equipment. Again, this section needs a lot of additional cutting. It will be interesting to see just how overwhelmed playtesters are with the material.

EDIT: Apparently this part will only be about narcotics. Blogger is weird. 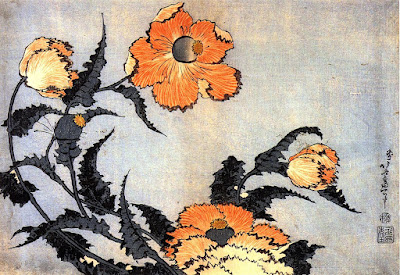 Poison & Narcotics
Purchasing poison requires the Underworld Skill, as they are all contraband, rare, and dishonorable. There are two exceptions: alcohol and opium. Alcohol is perfectly legal, and purchased with the Commerce Skill. For single bottles, it is a common item. For a barrel or case, it is an uncommon item. Opium is contraband unless you have the Medicine Skill and permission from your superior to prescribe it for medicinal purposes, such as a painkiller in its rarer liquid form.

Sidebar: Poison in the Real World

All of theses poisons are based on real-world substances. Kirei-ko is arsenic, ketsu is cyanide, warui paseri is hemlock, jeruko ropu is oleander, and fuantei shi is strychnine.

Poison rings are often used to administer poisons. Commonly called a neko-te, is a small thimble with a needle on the end. The assassin keeps tiny jar of the poison on him, covered with a calf-skin seal. The needle is pushed through the seal, the bottle turned upside down, and the need removed. The calf-skin is so tender it seals up the hole automatically. The seal usually needs to be replaced after five uses.

Each type of poison has a Difficulty listed next to it. This is the modifier to the simple TN roll to produce, purchase, use, and identify the poison. The effects of the poison cannot be identified after death without the Autopsy Skill, or before death without the Medicine Skill. Each poison also says whether it needs to be injected, ingested, inhaled, or requires exposure of the skin.

Alcohol (Average: Ingestion): Alcohol is a highly popular form of intoxicant in Hachigoku. There is little social stigma for drinking, except when drunkenness leads to dishonorable behavior. Violations of etiquette, as long as they are not actually criminal, are often ignored once the violator sobers up.
Hachigoku produces three popular forms of alcohol. Sake is by far the most common, and is generally used as a catchall term for all alcohol; it is made from fermented rice. Sochu is a distilled grain liquor, and extremely powerful. Plum wine is made from fermented plums, and is favored by teishin and intellectuals for its sweetness.

Fuantei shi (Legendary; Ingestion): This is one of the most frightening and dramatic poisons known to assassins of Hachigoku. Once it takes effect, the victim loses complete control of bodily functions as they throw themselves into violent convulsions, shaking themselves to death. It attacks the nervous system in less than fifteen minutes. Spasms quicken until the body is trapped in an arched position; any movement or sound nearby makes the spasms even more violent. Death takes only minutes.
It is a colorless, crystalline powder with a significant bitter taste. It is usually dissolved in liquids, but can be concealed in food as well, and can even be applied to the eyes. It can be extracted from certain bitter-tasting orange plants or a root called inu botan.

Fugu (Legendary; Ingestion): The poison of the famous “pufferfish” is contained in the fish's ovaries, and survives through the cooking process. It causes slow, painful death if ingested. If poisoned, the victim has a 50% chance of death. First you feel a slight numbness or tingling in the stomach, lips, and tongue. It also causes light euphoria and dizziness.

Insect venom (Simple; Injection): Bee and wasp venom are typical examples of insect venoms, although more exotic specimens can be tapped. Victims affected come down with severe flu-like symptoms immediately after injection. Bee venom will kill if the victim is allergic, while wasp venom may kill painfully if injected in large amounts.

Jeruku ropu (Heroic; Ingestion, Inhalation): Jeruku ropu is an evergreen, and nearly all parts of the plant are poisonous if ingested or inhaled as smoke, but the most potent collection of poison lies I its flowers. Exposure causes a quickening heartbeat, sweating, irregular pulse, and respiratory problems leading to death. Many species of bees use this pollen in making honey, creating a very tasty poison.

Kirei-ko (Hard; Ingestion): Originally used as make-up by Tatebe actors, they quickly discovered enough of it could kill. Kirei-ko affects the nervous system, causing dilated pupils, blurred vision, dry skin, dry mouth, and hallucinations. It dramatically affects the pulse as well, the heart rate and blood pressure becoming great enough to be heard several feet away. Suffering until death can last from several hours until days. It can be powdered or liquefied, and also fed to animals before consumption. Such hidden kirei-ko can last in the prepared food for hours, especially in sushi.

Ketsuiki-ringo (Hard; Exposure, Ingestion, Injection, Inhalation): This poison (commonly called “ketsu”) is found in nearly 50 different fruits throughout Hachigoku, including peaches, apricots, cherries, and plums. After processing, it appears as a gray or brown powder smelling bitterly of almonds. Generally, it becomes toxic when combined with gastric acids in the stomach. Victims immediately begin suffocating, causing lack of breath, wheezing, headache, rapid pulse, dizziness, and fainting. Skilled metsuke have learned to identify ketsu by its bitter almond smell, the bright red cherry color of the victim's blood, and the slight pink hue of the victim's skin.

Knockout Drops (Hard/Heroic; Ingestion): This is not a particular poison, but instead represents a collection of poisons designed to cause unconsciousness after ingestion. They often have a bitter taste that can be detected with a simple TN Void roll. Those that detect it can make a simple TN Earth roll with Hard difficulty to resist the effects; success means they spit out or cease ingesting enough to stave off the effect, their body fighting off the minimal dosage partaken. The strength of the drop varies by its difficulty: if it lasts until the beginning of the next Scene it has a Hard difficulty, and if it lasts for a full day is has a Heroic difficulty.

Scorpion venom (Hard; Injection): While scorpion poison is more lethal than snake poison, it is usually injected in much smaller doses (the scorpion's stinger). Centuries of assassins have rectified that problem. Its poison is a neurotoxin that destroys nerve tissue and causes cardiac damage. Symptoms include swelling of the tongue and throat, spasms and convulsions, irregular pulse, water on the lungs and respiratory failure. These appear within two to four hours of injection, and death can occur between four and twenty-four hours. Some have been know to survive up to four days after poisoning.

Snake venom (Moderate; Ingestion or Injection): While there are a plethora of snake species in Hachigoku, there are only three kind of snake toxin. The first is a neurotoxin, attacking the nerves and muscles of the victim. The second is nearly acidic, causing tissue to melt on contact. The third is thrown into the eyes, causing blindness; this is from snakes who spit their venom. The first two poisons must be injected; the last may be ingested, buy only causes minimum discomfort when introduced into the digestive tract. Snake venom loses its potency minutes after exposure to air.

Spider venom (Heroic; Injection): Over a hundred different species of spider exist in Hachigoku, but the most popular for poisoners is the Black Piper. These spiders are jet black with a single white stripe (the “pipe”). The poison takes effect about eight hours after injection, and symptoms greatly resemble the flu. The victim's nasal passages become clogged with excessive fluid, and coughing becomes ragged as the lungs fill up. Chills and fever soon follow. Headaches, pallid skin, nausea, and diarrhea are also common symptoms. The victim finally dies from cardiac failure.

Warui paseri (Heroic; Ingestion): Different parts of the paseri plant are poisonous at different times of the year. The roots are poisonous during winter and fall, but nearly harmless during the spring. The leaves are almost always poisonous, but deadly during the spring. It takes almost a half-hour for the poison to take effect, but once it does muscle control suffers gradual degeneration. The pulse slows, and then a dull pain sets in. Blindness often occurs in the final hours before death. The worst part, however, is that the mind stay awake and clear throughout the process of dying. Death occurs after several hours of suffering, once the lungs seize up. Immediate regurgitation is the only known cure.